We’ve been on site for a couple of months now and, in line with permaculture principles, the longer the period you can simply observe the land before altering it, the better. This gives a chance see how the land changes with the seasons.

While we have done some basic designing, e.g. where does the shed go and where is a good place for a compost heap, now is the time to come up with a more detailed plan ahead of spring planting.

In particular, we need to consider:
Shade – different species of plant require different amounts of sunlight, so we need to decide which plants go where on the plot.
Wind – here in the windy east Borders, the effect of the wind on the plants and the soil is really important. We might need to provide a windbreak or the fences of the nearby houses might be sufficient.
Temperature – isn’t uniform across the whole site. We spotted that early on while laying the base of the shed, when we saw that the part of the plot which was out of the sun remained frozen until late in the day.
Moisture – we don’t have running water on the site so water capture is really important. Even the Scottish Borders has dry periods!
Soil – the foundation of any garden. We have been digging stones and couch grass and wild carrot from the site as we’ve been lifting the turf for buildings. We also had a dumpy bag of compost delivered to give the plants a good start! 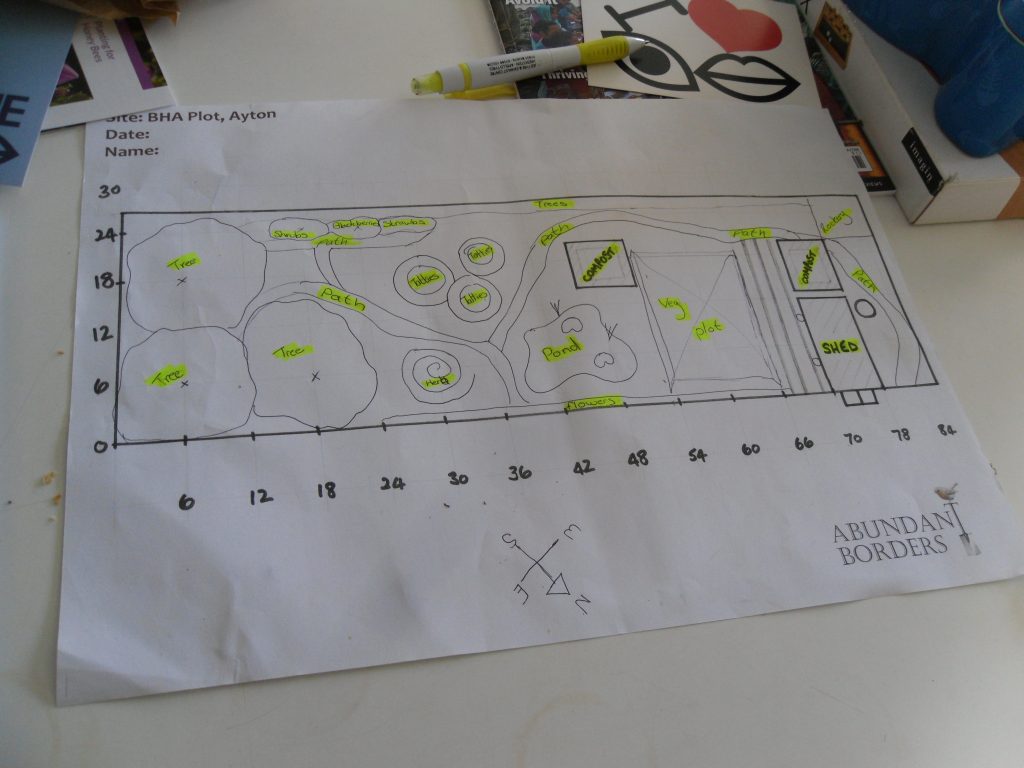 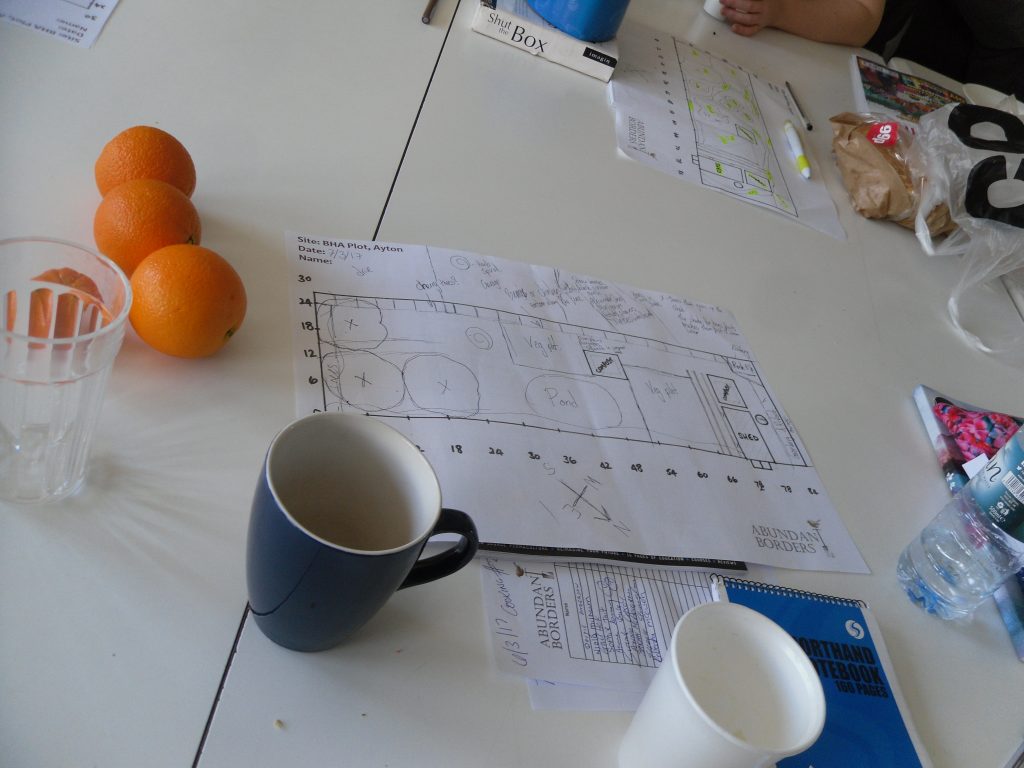 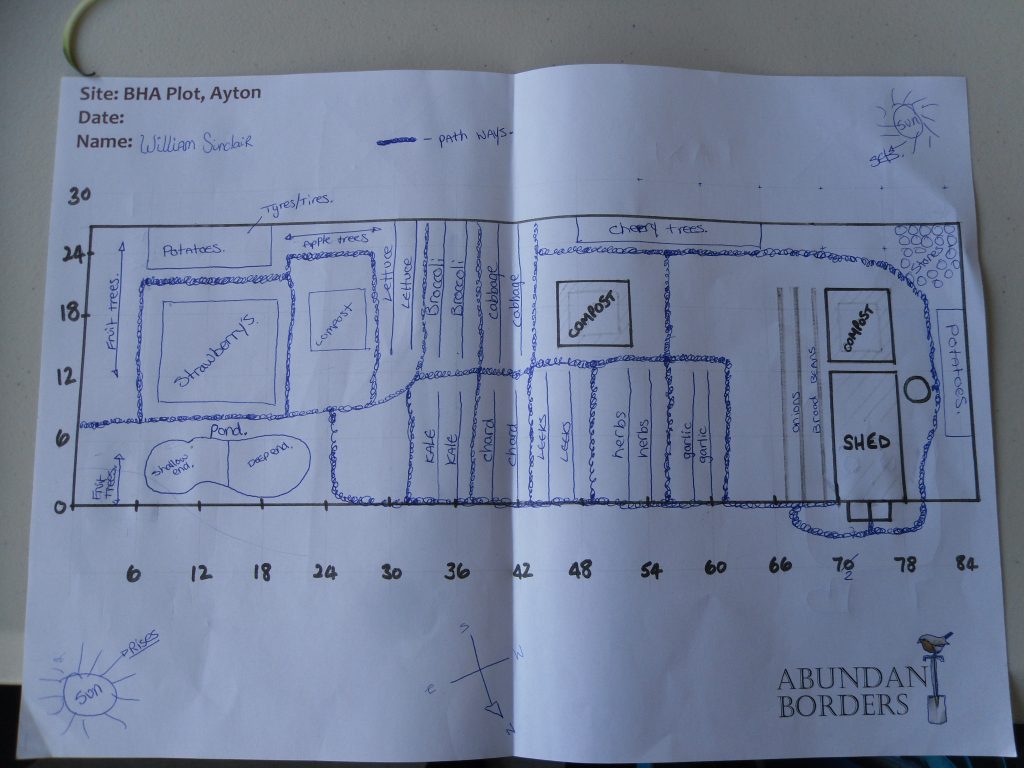 And we need to consider the neighbours! So Karen has been chatting to the neighbours who are on the plot boundary, the neighbours nearby, passers by and the Community Council to make sure that the wider community is engaged as they will take the project forward in the long term. There are older residents who wlak their dogs along the Beanburn and who are keen to be involved. So we have ordered a bench so that they can stop by and share their gardening experiences.